The history behind the subtle change in the French Flag

Did you know that the French flag changed colors in 2020? For those shaking their head no, take some comfort in knowing that you are not alone. In fact, many French natives didn’t even know that their flag had changed! Though this might sound outrageous (how could a country not recognize their own flag changing?) the change was not a big one. The flag, internationally known for its red white and blue tricolour bands, was only altered in the deepening of its blue from a light blue to a navy blue. This is not so much a ‘change’ as a ‘change back.’

Prior to 1976, the navy was the standard blue of the flag, and had been since the late 1700’s.It was Valéry Giscard d’Estaing, the French president from 1974 to 1981 who initiated the original change, to enforce a more cohesive appearance when the flag of the European Union and the French flag were presented together.The EU used the lighter blue shade ‘Marian Blue,’ which is the shade that many of us have grown up associating with the French flag.

It might seem strange to bother with such a minute change nearly 50 years after the initial transition. Some have viewed the move away from the European shade as representative of a stance against the EU by Macron, but this has been quickly dispelled as ridiculous. Euronews quoted Arnaud Jolens, head director of the Élysée Palace in stating,

"The President of the Republic (Emmanuel Macron) has chosen for the tricolour flags that adorn the Élysée Palace the navy blue that evokes the imagination of the Volunteers of Year II, the Poilus of 1914 and the Compagnons de la Libération of Free France.”

The groups this statement references are all those who served France to maintain its liberation since the French Revolution. We all know the French Revolution right? In short, it was a period in which the French people overthrew the monarchy and put in place a completely changed societal order. The old feudal system, and Ancien Régime had long enforced a system in which those of higher social and financial standing held great power and influence, while the poverty stricken ‘peasants’ of the time were unable to escape their position as a result of the Kings autocratic rule and tendency to tax the poor rather than the rich.

The rise of a middle class, the ‘bourgeoisie,’ and the increasing education of the lower class led to the people of France seeking equality of the people; hence the revolution! Prior to the revolution’s commencement in 1789, the royal standard flag of France was a white background dotted with fleur-de-lys to represent the dominant royal power. In 1790, the flag was changed to a tricolour representing the changed values of a France led by the people, though it wasn’t until 1794 that the tricolour settled into the order of NAVY blue, white, and red.

So there it is! The actual reason for the change is far more tied to the independent spirit and history of France. Liberté, égalite, fraternité; freedom, equality, and brotherhood, the tenets of France a

re-echoed in this small shift back to navy blue.

Though Macron has not issued any overarching order for this change, and the old flag is still present in France today, you’ll notice that France Travel Solutions has embraced the navy. Remaining intertwined with the authentic French spirit, the zest, courage, and pursuit of the best is incredibly important, and is the energy we hope to enrich our travelers with. It is, after all, the incredible choices of those hundred of years ago that has created the iconic and internationally recognizable French culture and character we all know so well.

We hope to see you join us soon to see the reinstated navy of the drapeau français in France itself!

A walk through L'Isle-sur-la-Sorgue Sunday Markets

Meet one of our guides: Maud PB!

The Christmas Markets of Strasbourg and other wondrous French festivities 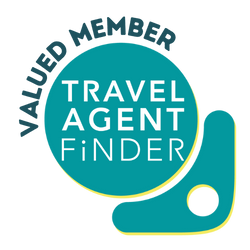